The secret of honey bees 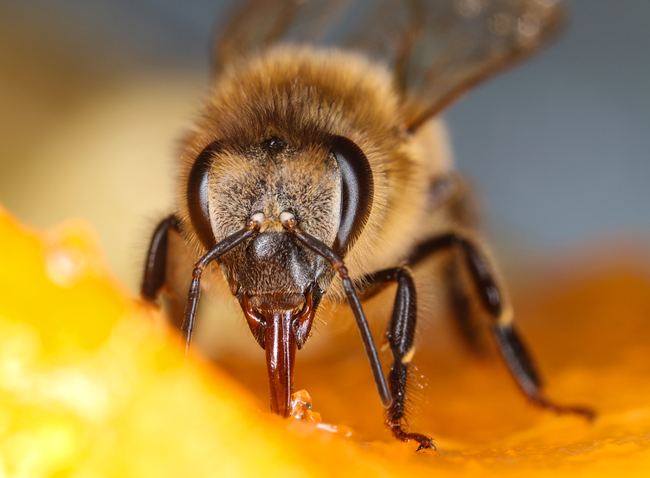 Honey bees also spelled honeybees are a subset of bees in the genus Apis, primarily distinguished by the production and storage of honey and the construction of perennial, colonial nests out of wax. There are 7 species of honey bee, with 44 subspecies.Because honey bees have been domesticated to produce honey for human consumption, they are now found all over the world in different habitats.They can survive in almost every climate except for those that have frigid temperatures year round. While honey bees can thrive in domesticated or natural environments, they generally prefer living in meadows, orchards, woodlands, gardens and any other areas where there is an abundance of flowering plants. Researchers believe that the original habitats of the honey bee are tropical climates and heavily forested areas.Many people believe that honey bees originated in Africa and spread to northern Europe, eastern India, China and the Americas.All honey bees are social and cooperative insects. They live in sophisticated, well organised societies.Honey bees live in hives (or colonies).

Members of the hive are divided into three types: workers, a queen, and drones.

Workers are the only bees that most people ever see. These bees are females that are not sexually developed. Workers forage for food (pollen and nectar from flowers), build and protect the hive,clean, circulate air by beating their wings, and perform many other societal functions. The life span of a worker bee depends on the season, but it ranges from 6 weeks to 5 months.

One queen runs the whole hive. Her job is to lay the eggs that will spawn the hive’s next generation of bees. The queen may lay up to 2,000 eggs per day. The queen also produces chemicals that guide the behaviour of the other bees. If the queen dies, workers will create a new queen by feeding one of the female larvae an exclusive diet of a food called “royal jelly.” This elixir enables the worker to develop into a fertile queen. The life span of a queen is from 3 to 5 years.

Male bees are called drones and their purpose is to mate with the queen. Several hundred live in each hive during the spring and summer. But come winter, when the hive goes into survival mode, the drones are kicked out! At the most, drones may live for up to 4 months.

oney bee colonies consist of a single queen, hundreds of male drones and 20,000 to 80,000 female worker bees. Each honey bee colony also consists of developing eggs, larvae and pupae. All members of a honey bee colony undergo complete metamorphosis, passing through the egg, larval and pupal stages before becoming adults.

The number of individuals within a honey bee colony depends largely upon seasonal changes.

Honey bees live on stored honey and pollen all winter, and they cluster into a ball to conserve warmth.

Honey bees perform a group of movements, known as the waggle dance. They do this to inform other worker bees of the exact location of the food source. Some of these locations are over 6 kilometers (3.7 miles) from their hive.

It is clear that honey bees use the sun to navigate and to communicate, but source of bees’ knowledge of the sun’s motion is still unclear. When navigating, the bees are able to use the sun as a fixed reference point. This allows them to fly in a compass direction simply by keeping the angle between their line of flight and the sun constant. Bees that have successfully found food are then able to share the location through their dance language.

When a forager, or scout bee, returns to the hive she performs a round dance to communicate the location of food sources close to the colony (less than 30 meters (100 feet) away). The bee moves in a circular pattern. The waggle dance is used for communicating more distant nectar sources or pollen sources. 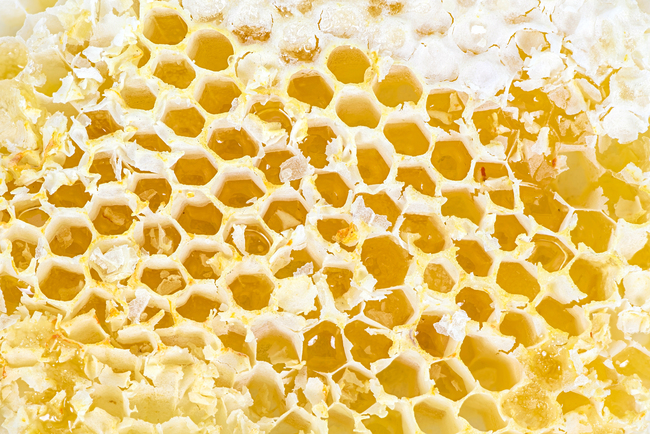 The process of making honey from nectar by honey bees

An industrious worker bee may visit 2,000 flowers per day. The nectar she gathers goes into a special area of her body called the ”honey stomach”. When the honey stomach is full, the bee must return to the hive to disgorge its contents into the cells of the honeycomb.

While inside the bee’s stomach for about half an hour, the nectar mixes with the proteins and enzymes produced by the bees, converting the nectar into honey.

Honey bees also collect pollen in their pollen baskets and carry it back to the hive. In the hive, pollen is used as a protein source necessary during brood-rearing.

Honey bees are able to detect scents with their mouths, antennae and tips of their legs (tarsi). In all these areas bees have sensilla: tiny, hair-shaped organs that incorporate receptor nerve cells. They have 170 of these odor receptors in their antenna.

All honey bees live in colonies where the workers sting intruders as a form of defense, and alarmed bees release a pheromone that stimulates the attack response in other bees.

When a honey bee stings, it cannot pull the barbed stinger back out. It leaves behind not only the stinger, but also part of its abdomen and digestive tract, plus muscles and nerves. This massive abdominal rupture kills the honey bee. Honey bees are the only bees to die after stinging.

Sadly, over the past 20 years, colonies of bees have been disappearing, and the reason remains unknown. Referred to as ‘colony collapse disorder’, billions of Honey bees across the world are leaving their hives, never to return. In some regions, up to 90% of bees have disappeared! 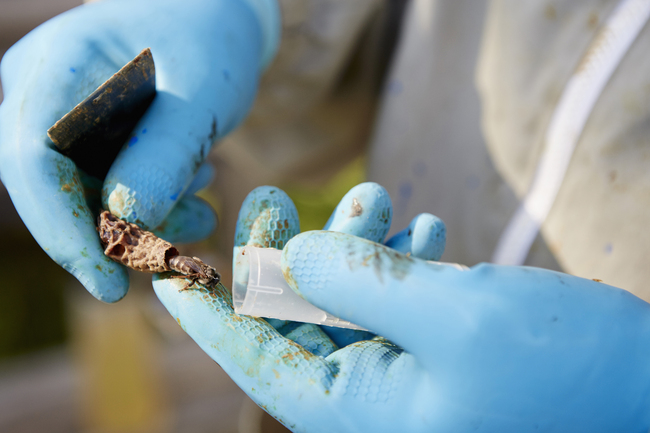 The study of honey bees is known as melittology.

Human beekeeping or apiculture has been practised for millennia, since at least the times of Ancient Egypt and Ancient Greece.

The honeybee dance language was first decoded by Austrian scientist Karl von Frisch who was awarded a Nobel prize in 1973 for the discovery.

Scientists argue that honey bees and some other insects may have the capacity for awareness.

As pollinators, honey bees are critical to the environment and the food supply.

A community of honey bees has often been employed throughout history by political theorists as a model of human society: this image occurs in Aristotle and Plato; in Virgil and Seneca; in Erasmus and Shakespeare; in Marx and Tolstoy

Your household saviour for your bedroom problems

Honey and turmeric- the best combo

Madhudhara honey and its benefits on your skin

Honey and its killer properties for sinus infections

This Youth From Gujarat Farming The Best Honey In Our Country

Thanks Rajkot mirror for appreciation that making us proud