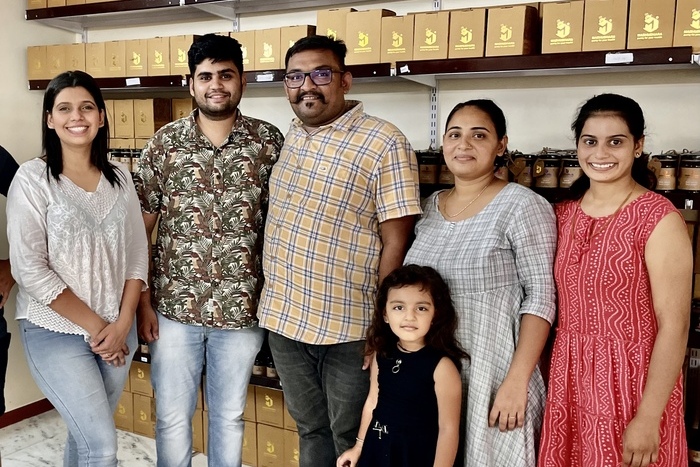 It’s been a great week for Madhudhara team as Sadi Gaddi- Priyanka Sharma, Nikhil and Rishab, also a YouTuber and Co-founder of Sadi Gaddi visited us. They have shown great interest in knowing about the pure and trustworthy honey of Madhudhara.

Once they understood every aspect of our Bee-farming and honey, they wanted to share this amazing information to the world as well. The team Sadi Gaddi is from the capital of our India- Delhi and as we all know they are in Food Blogging and Vlogging, exploring India’s best in every aspects of food. The fan following which is in millions applauded the video of Madhudhara.

We, team Madhudhara, enjoyed hosting team Sadi Gaddi and would love to host them back again in the future. Along entire India, we also say to Sadi Gaddi that ‘We love you a lot!”

This Youth From Gujarat Farming The Best Honey In Our Country

Thanks Rajkot mirror for appreciation that making us proud